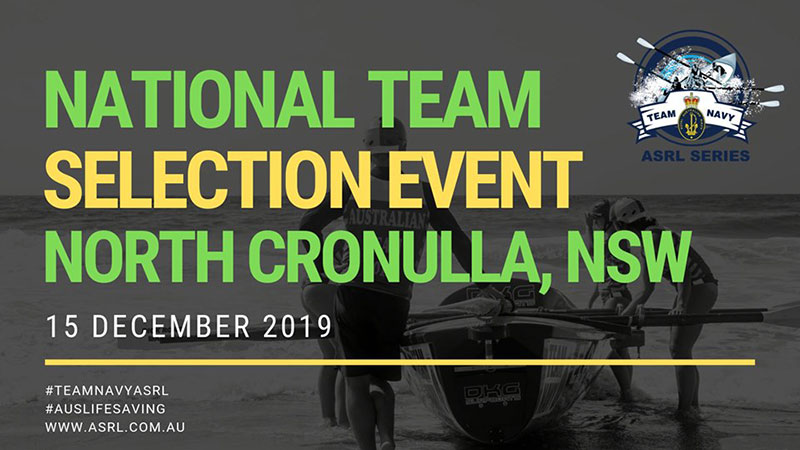 The ASRL can confirm that the National Team Selection Event will be held at NORTH CRONULLA, NSW on Sunday 15 December 2019.

The Australian team will compete against New Zealand in February 2020 at the ASRL Open. We can confirm there is a full carnival on the day before for crews to compete in. We are also proud to announce that the trials will be live streamed in full!

More information including nomination process and other supporting activities will be released in the coming weeks.

The ASRL are committed to delivering world class events, and the National Team Selection Event is a high priority of the ASRL.